The Antwerp Symphony Orchestra is the symphony orchestra of Flanders and is based in the new Queen Elisabeth Hall in Antwerp. Under the baton of Chief Conductor Elim Chan and Honorary Conductor Philippe Herreweghe the orchestra wants to move and inspire a large and diverse audience through top-level concert experiences.

Thanks to its own series of concerts in large venues, the Antwerp Symphony Orchestra occupies a unique position in Flanders. The Antwerp Symphony Orchestra has also been a guest of some major foreign concert halls: the Musikverein and Konzerthaus in Vienna, the Festspielhaus in Salzburg, the Amsterdam Concertgebouw, the Suntory Hall and the Bunka Kaikan Hall in Tokyo, the Philharmonie of Cologne and Munich, the Palace of Art in Budapest and the National Grand Theatre of Beijing. International concert tours through Europe and Asia are a constant item on the yearly calendar.

Alongside its regular concerts, the orchestra attaches great value to developing educational and social projects, offering children, youngsters, and people with different social backgrounds the opportunity to get acquainted with the symphony orchestra from close quarters.

The Antwerp Symphony Orchestra collaborates with major classical music labels and several of the orchestra's CDs received acclaim by the professional press. The orchestra also curates its own label, focusing on the main orchestral repertoire, Belgian composers and contemporary music. 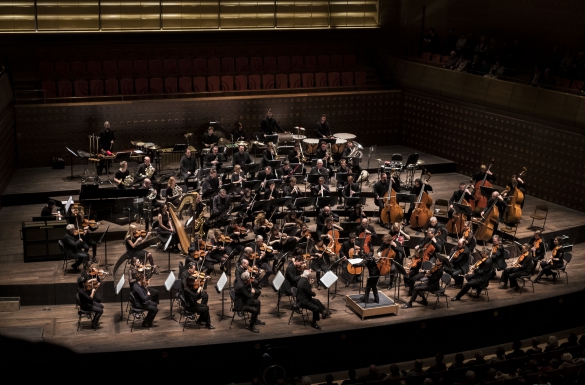